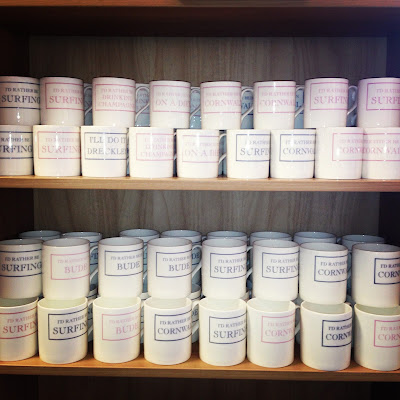 Our wonderful selection of Stubbs mugs are looking fabulous. What a wonderful month we are having here in Cornwall: glorious sunshine, lazy evenings lolling in the sea, where would you rather be?!
Posted by Spencer Thorn at 02:11 No comments:

J. K. Rowling. Pulling the wool over our eyes.. 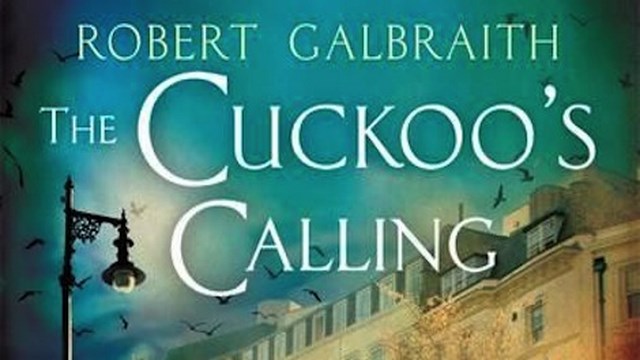 So, J.K has pulled the wool over our eyes it would seem. It is now wide knowledge that J. K. Rowling is the real author of Cuckoo's Calling. This revelation has rocketed a novel formerly at a modest but small selling rate into a number 1 bestseller.

But why?
To prove that she is just that good an author without all the hype?
To avoid the hype entirely? (Which clearly didn't work)

Although the reviews both before and (obviously) after the revelation seem to be dizzyingly high, you cannot sidestep the fact that before J. K. Rowling was revealed as the author of Cuckoo Calling it only sold 1,500 copies. Crime Fiction is a niche genre I will give her that, but it hardly made an impact.

I must admit to a slight biased view. Although I enjoyed the Harry Potter series there was always something that just didn't sit right with me. However, if this was just a reaction to Rowling's style I have not read casual Vacancy so I cannot make a comparison.

I did admit to Chris earlier; 'I'll admit it. I am intrigued.' It's on the reading list, and I can only hope that I have the gumption to read Cuckoo's Calling without any presumptions.

Besides, Kate Mills was right when she said it is 'tough' market. No wonder she was dubious of taking on a first time author in this climate.

Why not pop into Spencer Thorn, grab a copy of Cuckoo's Calling and let us know your thoughts..
Posted by Spencer Thorn at 08:04 No comments:

Aesthetica is a contemporary magazine that explores the latest art, design, photography, film, music and performance. This week they launched their yearly Creative Writing competition, offering an opportunity for writers and poets to showcase their work to a wider audience.

Here at Spencer Thorn we are commited to supporting the creative values and exploits of our customers. When we were contacted about this more than a few of our talented customers leapt to our mind . So get your thinking caps on, dust off your quill and get scribbling!

For more information pop into Spencer Thorn to pick up a leaflet or log on to: http://www.aestheticamagazine.com/creativewriting
Posted by Spencer Thorn at 06:25 No comments:

Spencer Thorn
Bude, Cornwall, United Kingdom
Hello! We're a little gift shop that sells books too! We like to think we offer gifts for everyone. We're a family run business with two dogs #mascots.